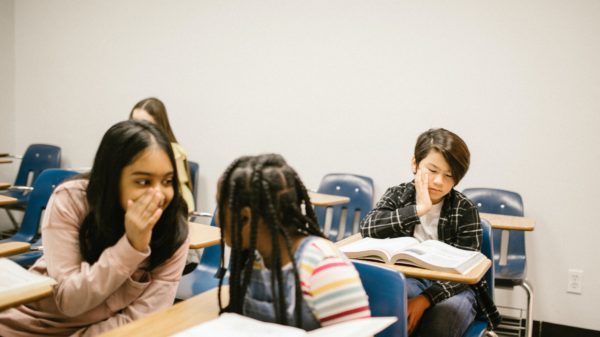 A study at Penn State tracked 3,000 kids for five years to see who was bullying them the most.  And it turns out that the person who’s most likely to bully them is . . . one of their own friends.

This was kind of the whole plot of “Mean Girls”, but it still might surprise you . . .

A recent study at Penn State looked at bullying in schools.  Specifically, who your kid is most likely to be bullied by.  And the answer is . . . usually their own FRIENDS.

Researchers asked 3,000 kids about recent run-ins with bullies.  Then they checked back in with them every year for five years straight.

And the people who bullied them the most were their friends, or friends-of-friends.  It was much less common to be bullied by kids they didn’t know, or barely knew.

It happens because they’re around each other a lot.  And even friends can be pretty mean at that age if they’re competing over things like grades, or someone’s attention.

A lot of parents might not know it’s happening.  And kids might not even realize a “friend” can bully you.  So the people behind the study hope it helps kids realize they’re not alone, and it’s okay to talk about it if you’re being bullied by a friend.