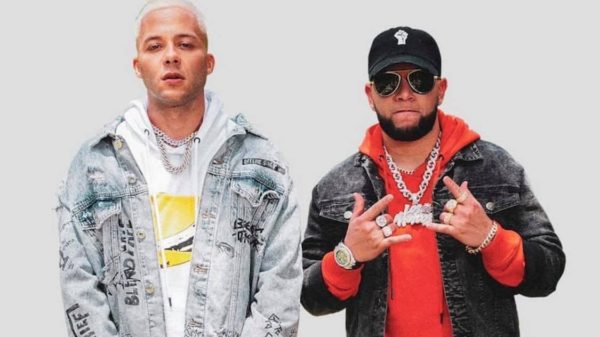 Nio García and Casper Mágico make their debut on the Top Latin Albums chart, as their collaborative set Now or Never arrives at No. 5 on the Aug. 8-dated survey. It’s the first album for both artists.
The album starts with 8,000 equivalent album units earned in the week ending July 30, according to Nielsen Music/MRC Data, mostly stemming from streaming activity. 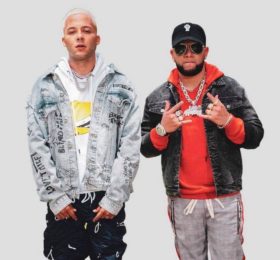 “Being ranked among the best of the Latin albums at the moment is a blessing for us,” Casper Mágico tells Billboard. “We put our hearts into this album. I am very proud and happy with the result. Debuting on the Billboard charts is one of the best rewards and I thank all the fans who have supported our project and our team for making all of this possible.”
Top Latin Albums ranks the most popular Latin albums of the week in the U.S. based on multi-metric consumption as measured in equivalent album units. Units comprise traditional album sales, track equivalent albums (TEA) and streaming equivalent albums (SEA).
Now or Never registered 7,000 SEA units which equates to 12 million in on-demand streams generated by the songs on the album.
“We made this album as music fans and it fills me with happiness to see the result of our teamwork,” Nio García adds. “We put a lot of effort into it, being very aware of even the smallest detail. Thanks to the fans worldwide who support us day by day. This success is yours too.”
The 18-track set was released July 24 via Flow La Movie/Glad Empire and features an all-star team of Latin acts: Arcangel, De La Ghetto, Rauw Alejandro, Yandel, Anuel AA, Bad Bunny, Ozuna, Nicky Jam, Darell are just a few of the collaborators.
A trio of the album’s cuts have secured a spot on the Hot Latin Songs chart, which blends airplay, streaming data and digital sales, starting with the 14-week No. 1 ruler, “Te Boté” with Darell, Nicky Jam, Ozuna and Bad Bunny (May 26, 2018-dated list). Two of Garciá’s songs complete the triad: “Mírame,” with Lenny Tavarez and Rauw Alejandro (No. 31 peak, Aug. 31, 2019) and “La Jeepeta,” with Anuel AA, Myke Towers, Brray, and Juanka (No. 4, July 25-dated list).

Now or Never, concurrently arrives at No. 4 on Latin Rhythm Albums and at No. 136 on the all-genre Billboard 200. The pair join a group of acts who have claimed their Top Latin Albums top 10 arrival with their first entry on the chart in 2020.